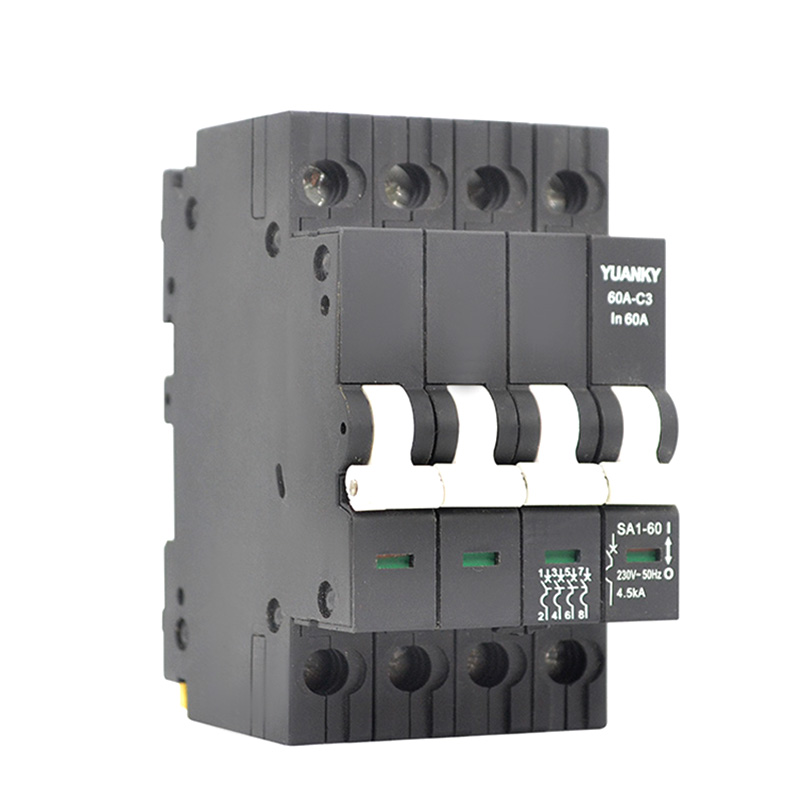 The SAS7 Modular Magnetic Circuit Breaker belong to the advanced level of the nineties in the world. They have characteristics of small size, high sensitivity, long using life, and strong protective functions for shortage and overload. The products are the newest generation, and have features of high protective grade, high breaking capacity, good reliability of sensitive action and convenient use. It is generally used for illumination and distribution in industry, commerce and buildings.

♦Construction SAS7 Modular Magnetic Circuit Breaker are of the thermal-magnetic current limitying type , having a compact construction which has been achieved by not only minimising the number of parts but also the number of welded joints and connections.

♦Typical of this is the choice of silver graphite for the fixed contact. The MCB has an easy to operate handle with a trip-free toggle mechanism-so even when the handle is held in the on position the MCB is ree to trip.

SAS7 Modular Magnetic Circuit Breaker are calibrated to meet the requirements of IECBSEN60898.2 VB8035 Ref Calibration Temperature. At other temperatures the following raing factors should be used.

Adjacent thermal-magnetic MCBs should not be continuously loaded at or approaching their nominal rated currents when mounted in enclosures. It is good engineering practice to apply gererous de-rating factors or make provision for adequated free air between devices. In these situations, and in common with other manufacturers, we recommend a 66% diversity factor is applied to the MMCB nominal rated current where it is intended to load the MMCB continuously(in excess of 1 hour).

Write your message here and send it to us